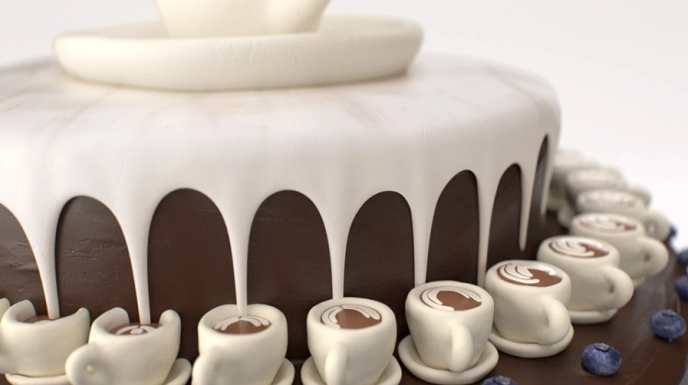 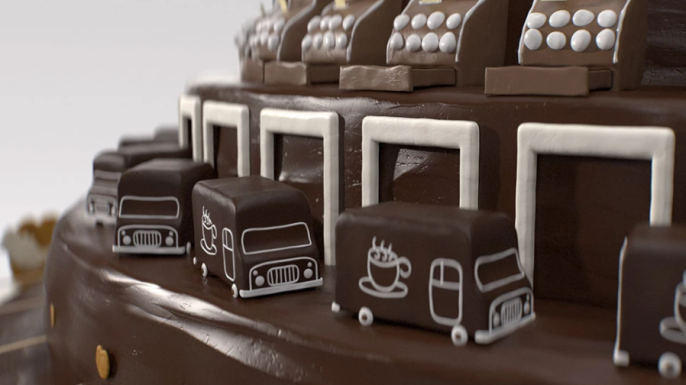 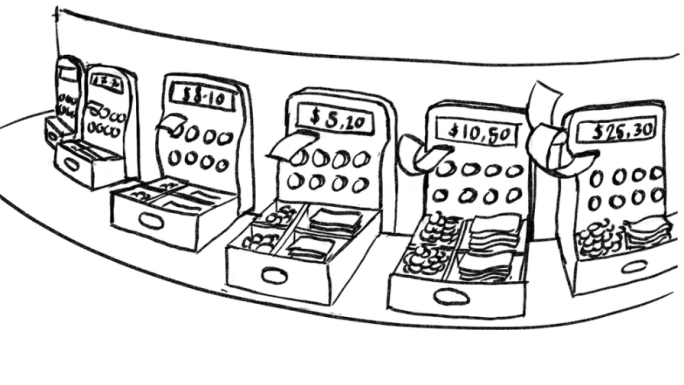 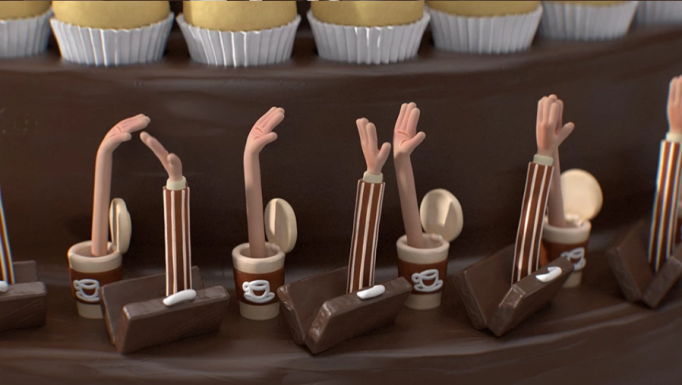 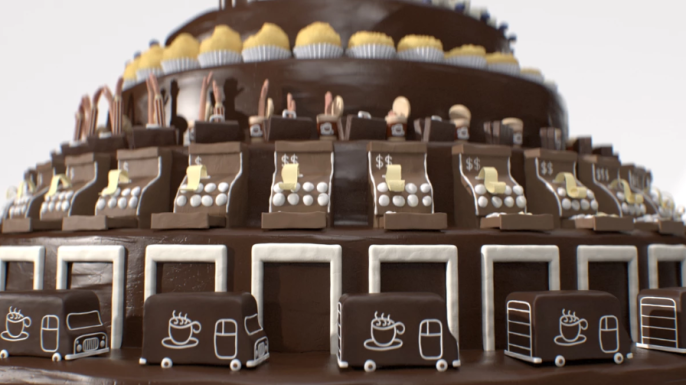 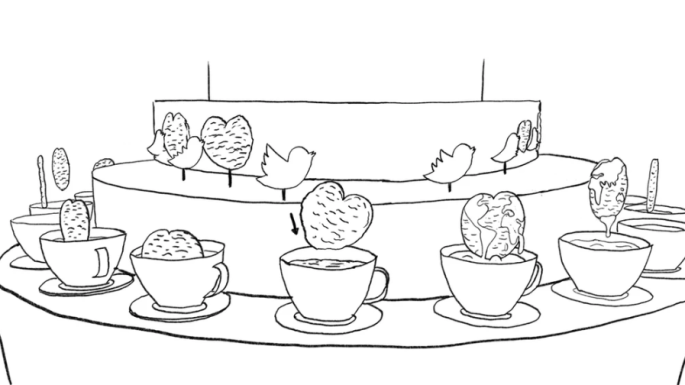 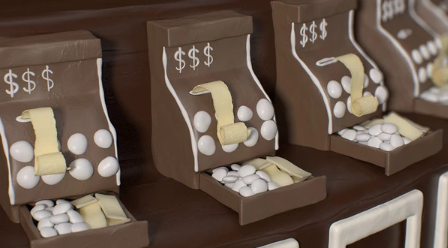 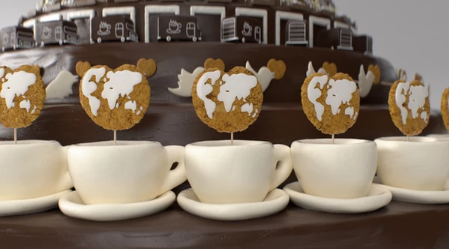 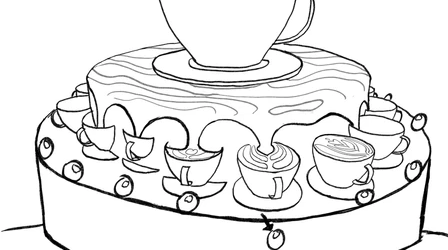 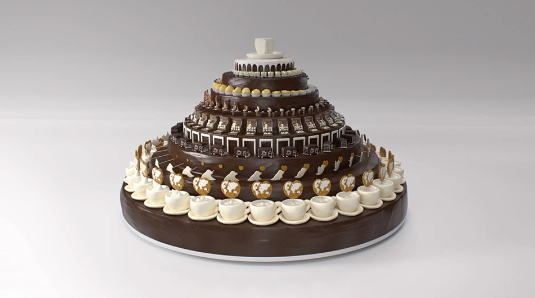 In one sense, it would have been great fun to build our CA cake for real and shoot it all in-camera. But with time and budget not on my side, I decided to make use of the best resources at hand, i.e Heckler’s first rate CG team. But telling a client and agency that you’re going to build their chocolate cake fully in CG automatically raises a few eyebrows and doubts. So I knew we’d need to make a test to calm all concerns. Hence a quickly executed but entirely believable test CG cake.

The production journey then began to create the ideas for each zoetrope cake layer that would succinctly tell the story of a fledgling café growing into a worldwide business. The creatives at Joy were keen to push each idea as far as possible and use the geometry of the cake within each concept as opposed to just sticking things on it. Hence my ideas like milky icing dripping down to fill up coffee cups and trucks driving in and out of the cake through chocolate finger roller doors. I then poured over dozens of cake images from far and wide to mix together the perfect CG icing and find the coolest mix of icing, marzipan and chocolate. Zero calories too! And the D&AD award truly was the icing one the…